The Rogue Hockey Warriors are committed to developing hockey players to the highest levels of USA Hockey Tier II and beyond. Rogue Hockey believes that the skills learned as a Warrior will allow the player to enjoy this great game for a lifetime. 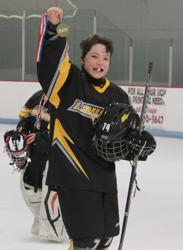 Rogue Hockey was founded on the ideals that one size does not fit all in youth hockey. The group formed in 2013 and operated under the umbrellas of several organizations in the Raleigh youth hockey market. Rogue Hockey became a non-profit LLC in 2016 and was granted 501 (c) 3 status with the IRS. In 2018 Rogue Hockey Club applied for and was granted association member status with the Carolinas Amatuer Hockey Association.
Formed as a single birth year team of 2003's originally under the former Carolina Lightning association in 2012. The team played three years with the Lightning from 10U through 12UAA culminating with wins as 2016 CHL PW AA regular season Champions, 2016 CHL PW AA tournament Champions and 2016 NHL JR All Star Invitational PWAA Champions.
Following the exit of the Lightning organization from Raleigh youth hockey the group played under the Carolina Stars for two seasons. Is was decided to continue to push the players to develop and play as a single birth year team. Our final season operating under the Stars saw multiple tournament wins and a trip to the USA Hockey Tier II Nationals in Amhurst NY in 2018. The team went undefeated in the 2A round robin before falling in the semis and finishing 5th overall. 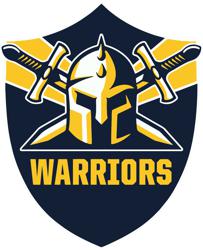 In 2018 the management group and coaches decided to pursue association status with the Carolinas Amateur Hockey Association. Rogue Hockey Club-Warriors were born with approval of that application in the late summer 2018. It was also decided that to further Warrior player development Rogue Hockey would join the Eastern Junior Elite Prospects League or EJEPL. The league showcases some of the finest Tier II talent in the US with over ninety organizations participating at present.

Interested in becoming a sponsor of Rogue Warriors Hockey?

Warrior empowers athletes around the world to dominate. Rogue Hockey is proud to partner with Warrior for all our hockey needs!

Rogue Hockey is pleased to partner with Bull Market Stores in the Triangle. Bull Market represents some great fueling brands with Exxon, Mobil, and BP in Raleigh, Durham and the surrounding communities. A third generation business founded in 1945, Bull Market stores knows it takes being a little... Rogue... to be a success in the fuel and convenience business. Thank you for your support!

Want to be a capital sponsor of Rogue Hockey Warriors and support youth in your community? Capital sponsors have their brand or corporate imaging prominently displayed on Warrior gear throughout the season during all games and practices. For additional information please contact bhughes@roguehc.com.